We continue to receive reports that Iranian Christians are reporting to prison to serve long-term sentences—simply because they follow Jesus. In just the first half of this year, Iranian courts sentenced 25 Christians to prison, compared with 15 in all of 2021.

Most recently, six Christians—all but two older than 55—have either reported to Tehran’s Evin Prison or are awaiting their summons to prison. They have been ordered to serve sentences of varying lengths for their involvement in house churches. For this “crime,” they must live a combined 42 years away from their family behind bars in prison.

Four of the six believers were among at least 35 believers arrested or interrogated by intelligence agents belonging to the Islamic Revolutionary Guard Corps (IRGC) in a coordinated operation over two days and across three cities in the summer of 2020. Reportedly, a spy pretending to be part of one of the churches cooperated with authorities to turn them in and give them names of believers. Iranian courts sentenced the Christians in June this year, and their appeals were recently rejected.

The official allegations reveal a certain paranoia and hostility. Each of these believers faced charges and convictions of, in the court’s words, “aggressing against security through membership and administration and formation of a Evangelical Christian home church and managing a group/congregation with the aim of disrupting the security of the country.”

Pray for them by name

Joseph Shahbazian, a 58-year-old Iranian-Armenian pastor, was given 24 hours to report to Evin Prison. He’s now serving a 10-year sentence for holding church services in his home. While Iranians of Armenian (and Assyrian) descent have a degree of freedom to worship, they are not permitted to teach in the national language of Persian or to welcome “Muslim-born” Iranians into the church. For Joseph who believes that Christ died so that everyone could experience the good news of the gospel, not sharing Jesus with Muslims wasn’t an option.

Mina Khajavi, 59, went to Evin Prison alongside Joseph to begin her six-year sentence for being part of his house church. When she was first arrested June 30, 2020, she was blindfolded to ensure she didn’t know where she was being held. When she was finally released, Mina was put into a car and dropped off on an unknown street without money or a phone. After her appeal was rejected in August, she recently arrived at the prison with the help of a walker, after breaking her leg in three places in a car accident. Prison authorities said she could return home because of her physical condition. Reportedly, she may be allowed to remain at home for another six weeks before she reports to prison—with a note from a government-approved doctor.

Malihe Nazari, 48, was also sentenced to six years and is now in Evin Prison (she reported Tuesday, August 8). Malihe was part of a house church for Christian women in Tehran, which was one of the churches involved in the three-day coordinated series of raids and arrest. Since her arrest, she has been in and out of prisons and during that time was not allowed to see her family when they came to the prison.

Homayoun Zhaveh, 68 and his wife Sara Ahmadi, 44, were actually summoned to serve their sentences more than a year ago. The couple reported to Evin Prison but perhaps in recognition of Homayoun’s condition, they were initially told by prison authorities to return home. Homayoun has advanced Parkinson’s disease. But 14 months later when they received another summons, they assumed they were being called back to retrieve personal items confiscated by intelligence agents during the raid on their home. Instead, authorities arrested them on the spot; they’re now serving their sentences. Homayoun was sentenced to two years while his wife and caretaker must serve eight.

Another Iranian-Armenian pastor, 60-year-old Anooshavan Avedian is also awaiting a summons to serve a 10-year prison sentence. Courts convicted him under Iran’s amended Article 500 of the Islamic Penal Code for what a judge called, “propaganda contrary and disturbing to the holy religion of Islam.” Anooshavan was first arrested on August 21 2020, when approximately 30 agents of the Ministry of Intelligence Service (MOIS) raided a private gathering at his home in Narmak in northeastern Tehran, where around 18 Christians, including members of Anooshavan’s family, had gathered to pray and worship. The agents confiscated Bibles, cell phones and computers, demanding that everyone fill out forms with their personal information, including passwords to their phone and social media accounts.

Anooshavan could be summoned to serve his sentence any day.

The reality is that Joseph, Mina, Malihe, Homayoun, Sara, Anooshavan and others like them have done nothing more than simply gather for what Christians around the world often call “home” or “small” groups.

In recent months, pressure on Christian converts in Iran has been building with more arrests and court cases, causing Open Doors to call for an immediate stop to “systematic campaigns … against Christians and other religious minorities.”

Open Doors is “appalled by the testimonies of violations of due process that took place in the court rooms, including humiliating remarks from the judge, the court’s unconcealed favor for the prosecutor’s side over the defendants’, occasional lack of access to a lawyer, and verdicts issued in less than 10 days—clearly—without sufficient consideration of evidence.”

An Open Doors representative delineates the specific call: “We urge the Iranian authorities to immediately stop the systematic campaigns of arrests, arbitrary detentions, seizure of property and unfair trials against Christians and other religious minorities.

“While these all are incidents that have been publicly reported, there have been more and it is safe to say there has been an increase in the arrest and detention of Christians in Iran in the first half of this year.”

Iran is a signatory of the International Covenant on Civil and Political Rights, which protects freedom of religion, including the freedom to change one’s religion and share it with others. Yet as these cases and many more show us, that freedom is only on paper. For Christians and other religious minorities, it does not exist. The Iranian government must look for other ways to stop the growth of any other religion than Islam by falsely arresting and charging Christians with “national security” violations.

In His Word, God tells His people to “remember the prisoners as if chained with them” (Heb. 13:3). That’s a weighty prayer. It shows just how vigilant we should be. And it reveals Christ’s heart for those who suffer.

Christ has invited His Church to be part of His plan for strengthening our persecuted family. Through our prayers, we can remember and stand with our family in chains.

Iranian Christian Zahra shared about her imprisonment: “While in prison, I thought to myself, there are people who love me and cry for my pain and suffering—and, most importantly, pray for me. Because without God’s power, you cannot tolerate [prison] and keep going.”

Please remember and pray by name for our family serving prison sentences, awaiting their summons to prison, are temporarily released and waiting for their court date and attending “re-education” classes. You can find a comprehensive list at Article 18’s website. 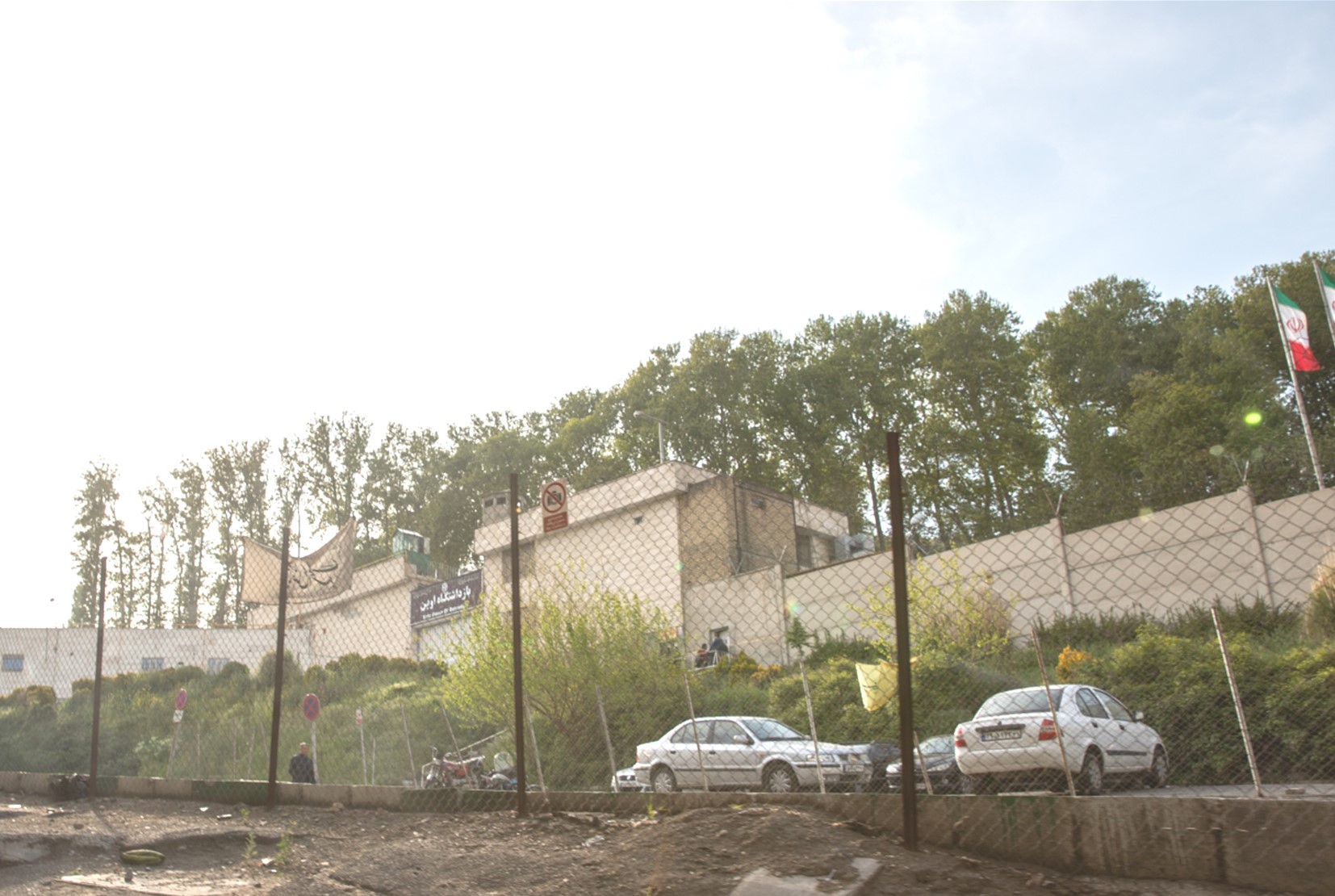 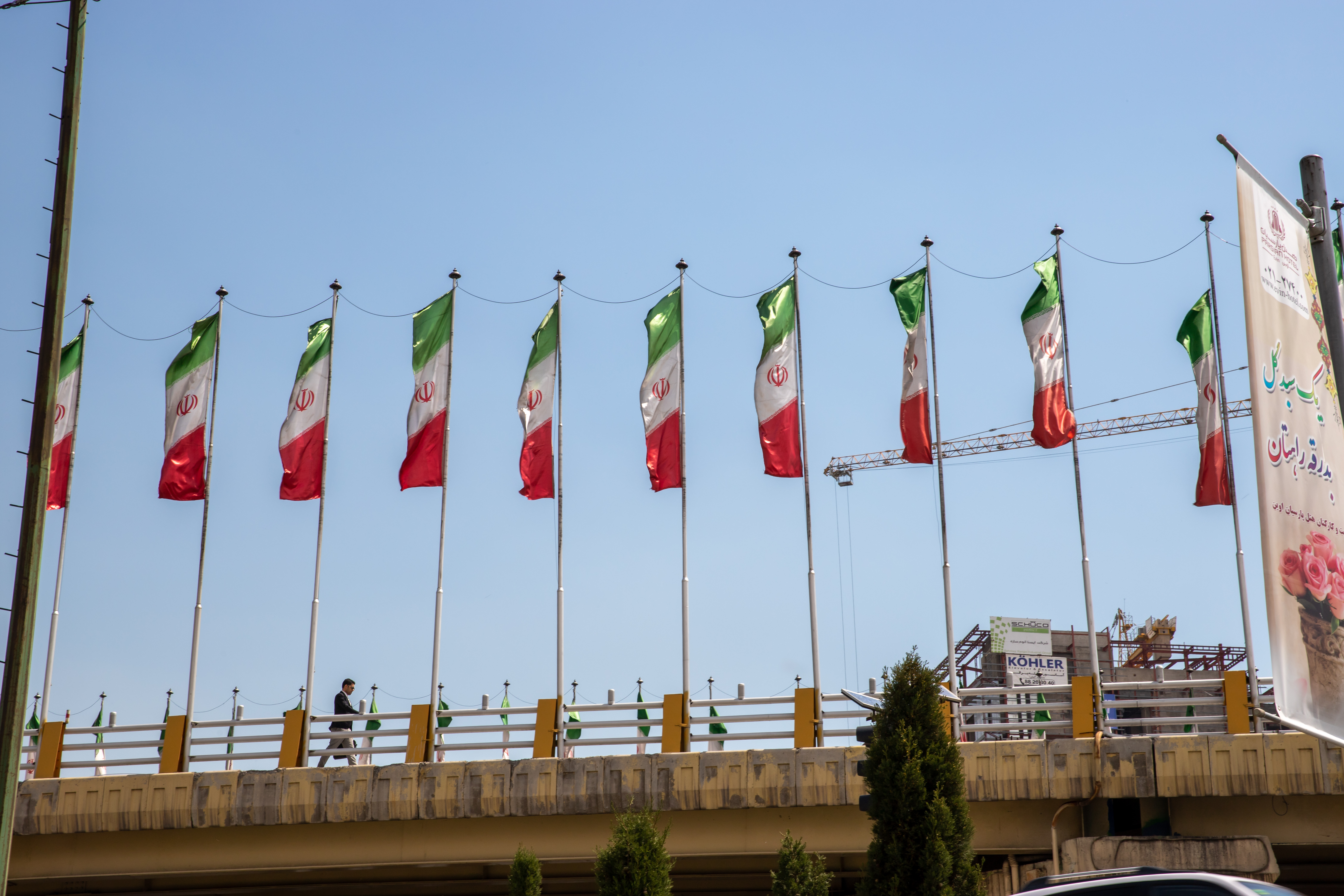 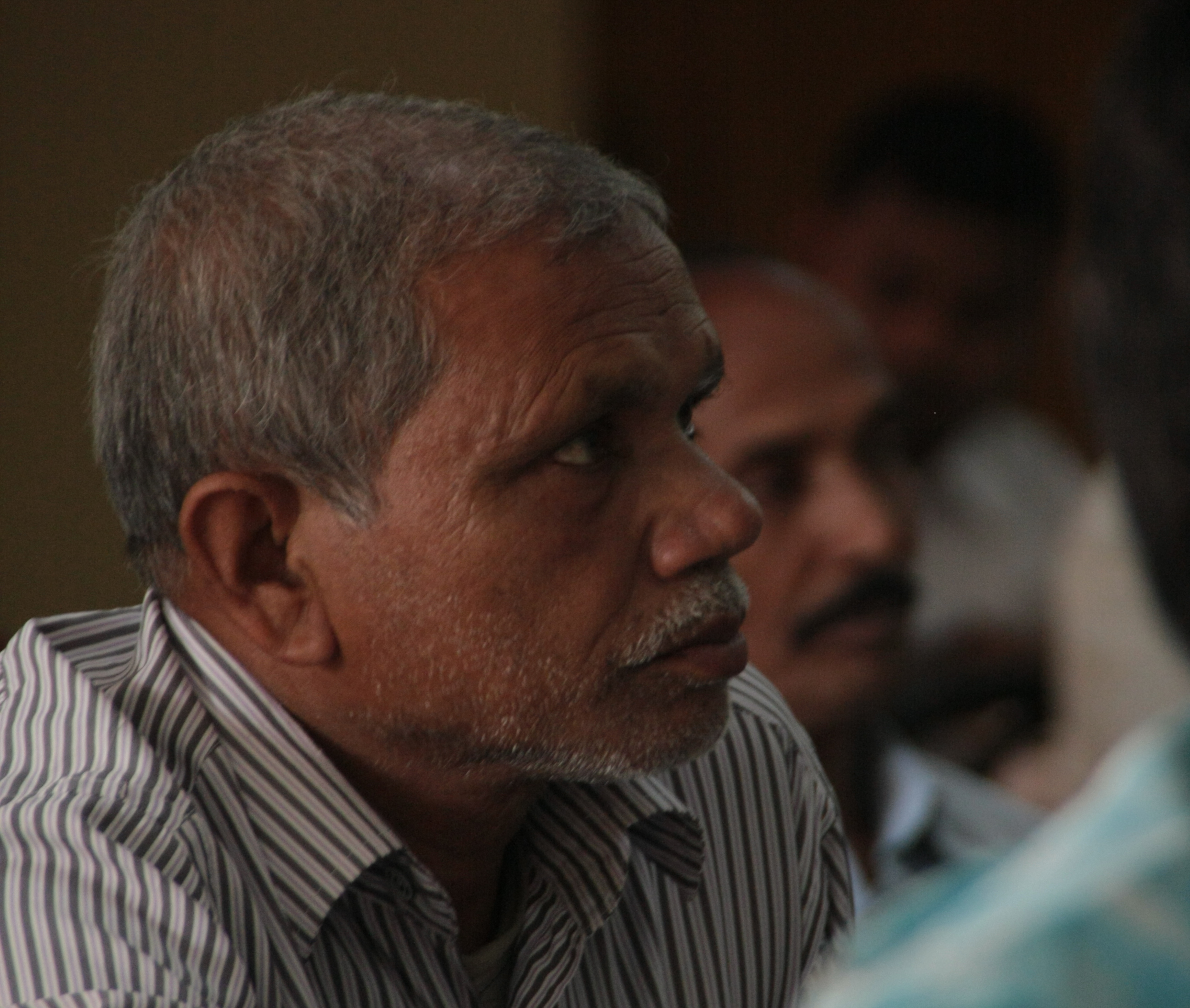 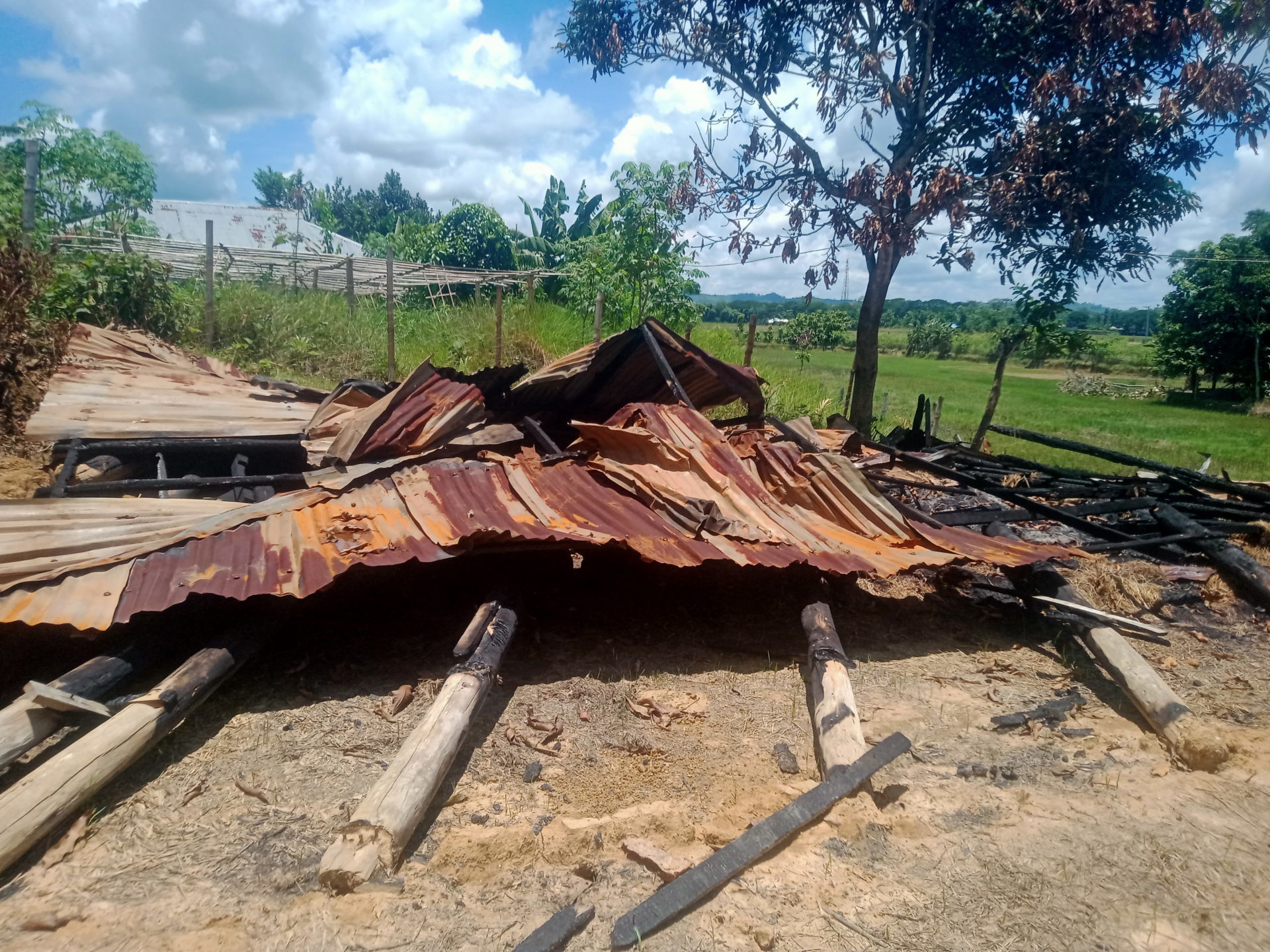